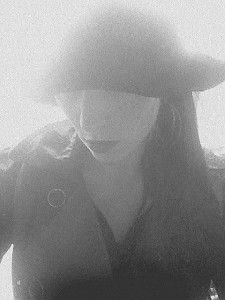 With his breath of stale and cheap tobacco,

And her delicate breath of soured red wine,

Her floor show an affair of cheap Bordeaux,

And his a play of this old man’s decline.

She was courteous as a fine lady,

And daring as a discarded mistress,

He pushed pointless paper for the shady,

And was swift growing grey and more listless.

Destined to be a love that was rusting,

The long and tiresome years could not spare,

The formation of words so mistrusting,

The words that were written in her affair.

Her eyes suffered from such diplopia,

One, two, then four, like a work of fiction,

In a polygamous utopia,

Begging him for grace of her addiction.

With her pleas the devil himself doubted,

A mortal man could not deny the truth,

He thought of how weary hearts have shouted,

And so drowned himself in cheap French vermouth.