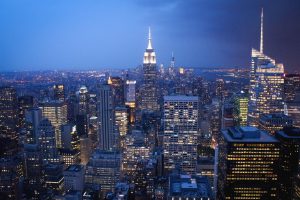 The modern adage is that poverty is violence, and I agree. Though not ‘in poverty’, I myself belong to the lower tiers of Australian society, fortunate enough to have family to borrow (read receive) money off to pay the electricity bill. Still my family has no financial freedom, no security, my husband is a wage slave and every day is a stressful and depressing nightmare. I worry for my son’s future. Should a scenario such as this play out in a workplace the affected individual would leave or sue. Actually, that is not true. Said individual would most likely remain and suffer in order to support themselves and their family. But we must have the ideal option (not necessarily litigious as that is an issue in itself), to leave and devolve. To move freely through society on a path of contented progress.

A centralised society is not conducive to contentment and progress; walking forth in a holistic satisfaction.

To state the obvious, a centralised society is corrupting by nature in the absence of a benevolent leader. It is ironic as most crave some degree of leadership over them. It is hardwired into us from birth to maintain levels of dependence and deference. There is, of course, nothing wrong with this in principle. But it should not be centralised. There are so many global examples of centralised authority (be it political, financial, social, etc.) that I don’t think they need much analysis anymore. It is easy to corrupt a centralised authority. There are less to manipulate and convince to adopt a certain practice before they force it onto the populous.

Secondly, centralised decision making is a terrible thing. So-called experts are no better at making decisions than an informed lay person. Furthermore they create bubbles from which they view the world and others as like them. This results in bad decisions. Like fighting cousins declaring war on each other resulting in World War I. Think of all those wasted lives. Subservience to small power base is stressful to say the least.

You cannot balance power on the tip of a small group – if it fails everyone suffers. Just look at the American banking sector during the GFC.

One would think that with the blockchain, and now hashgraph, revolution that monetary decentralisation could be achieved (note: there are individuals working to achieve this). In this respect Bitcoin has been somewhat of a failure. Rather than promoting financial freedom paired with value it sprouted more ignorance and greed. Ignorance insofar as individuals and companies see another gambling opportunity to further there own personal gain and their refusal to accept the mockery that a dollar has become. The greed I believe is self-explanatory. Bitcoin seems to be heading down the path of centralisation as miners cluster in places like Iceland and China due to the availability of cheap electricity. Granted they do not control the system, but imagine if China suddenly shut off the electricity for suspected miners.

A dollar, or any coin, is not an accurate representation or manifestation of a value choice anymore. It is so unevenly spread. Companies pervert money, attach a ‘value’ of making more money to money and masquerade as individuals to the point that the populous sees a company as human and follows suit, creating a mockery of money. I would no go so far as to suggest we rid ourselves of money, merely change our understanding of it as a concept to see money as a representation of our intrinsic human values. We have the technological means and social awareness to achieve this. A part solution is a universal basic income. Enabling some security and financial freedom for individuals to at the very least survive and support their family without working 42 hours a week. Those 42 hours could be better utilised working towards contented progress, not in another bullshit job that either shouldn’t exist or could be automated. Finally, we should endeavour to eliminate toil, this job creation for it-looks-good-in-the-rags sake. I’ll say it again, contented progress is key.